The Big Hoopla Welcomes ‘The Basketball Tournament’ to UD Arena

In its eighth year, TBT 2021 will feature 69 players with NBA experience, 28 college alumni teams and international professionals playing in top leagues across the world.

Sixty-four teams will be split into four Regionals to be played over two weekends in July. Two teams from each Regional will advance to Championship Week in Dayton, July 31 – Aug. 3, where the event will culminate with a winner-take-all game for $1 million.

“With over 110 teams applying this year, we’re grateful to be returning to a 64-team tournament,” said TBT founder and CEO Jon Mugar. “This year’s field is as diverse as ever, featuring everything from 28 alumni teams, to a team representing the Armenian A-League champions, to several charity-driven entrants. And the stakes will be as high as ever, as every team thinks it will be the one to walk away with a million dollars.”

Highlights of this year’s tournament include:

About The Basketball Tournament

The original home of the Elam Ending, The Basketball Tournament has grown from a unique idea among friends to one of the most exciting and engaging events on the summer sports calendar, with national exposure on ESPN, social media buzz and regional championships across the country – culminating in a winner-take-all $1 million game. Every year it attracts some of the best players in the world. In 2020, TBT was the first indoor sports event to return to action during the COVID-19 pandemic. For more information on TBT’s eighth season, visit www.thetournament.com

Red Scare’s Seeding And First Round Game in TBT Revealed

DAYTON – The Basketball Tournament (TBT) – the $1 million, winner-take-all summer basketball event broadcast live on ESPN networks – today revealed Red Scare’s seed and first-round matchup for TBT 2021. The Dayton alumni team received the second seed in the Columbus Regional, which will be held from July 23-27 at the Covelli Center on the campus of Ohio State University. Their first round matchup will be against #15 seed BC Vahakni City, champions of the Armenian professional basketball league who secured their spot in Columbus via buy-in, on Saturday, July 24 at 3 pm ET. If Red Scare advances past BC Vahakni City, they’ll face the winner of #7 seed Wolf Blood (NC State alumni) and #10 seed Category 5 (Miami alumni) on Sunday, July 25, at 2 pm ET. The winner of that game will play their third and final game of the Columbus Regional Tuesday, July 27, at 7 pm ET. Eight quarterfinalists across TBT’s four regionals will advance to Championship Weekend at University of Dayton Arena beginning on July 31, culminating with a million-dollar, winner-take-all championship game August 3. Click here for ticket information. In addition, the UD bookstore will be selling TBT Red Scare team merchandise. Pre-orders will be taken starting today and continuing leading up to the TBT. Orders will be shipped (or available for pick up the week of July 19th before the Red Scare competes in the Columbus regional. To place and order, click here. TBT 2021 will be Red Scare’s third year competing in the event. Red Scare is coming off their furthest run ever, advancing all the way to TBT’s semifinals in 2020 before losing to eventual champion Golden Eagles. The team is organized by former walk-ons Joey Gruden and Jeremiah Bonsu. Red Scare’s current roster includes:

Tickets for all four TBT’s regionals, as well as Championship Weekend at UD Arena, are currently on sale at TheTournament.com 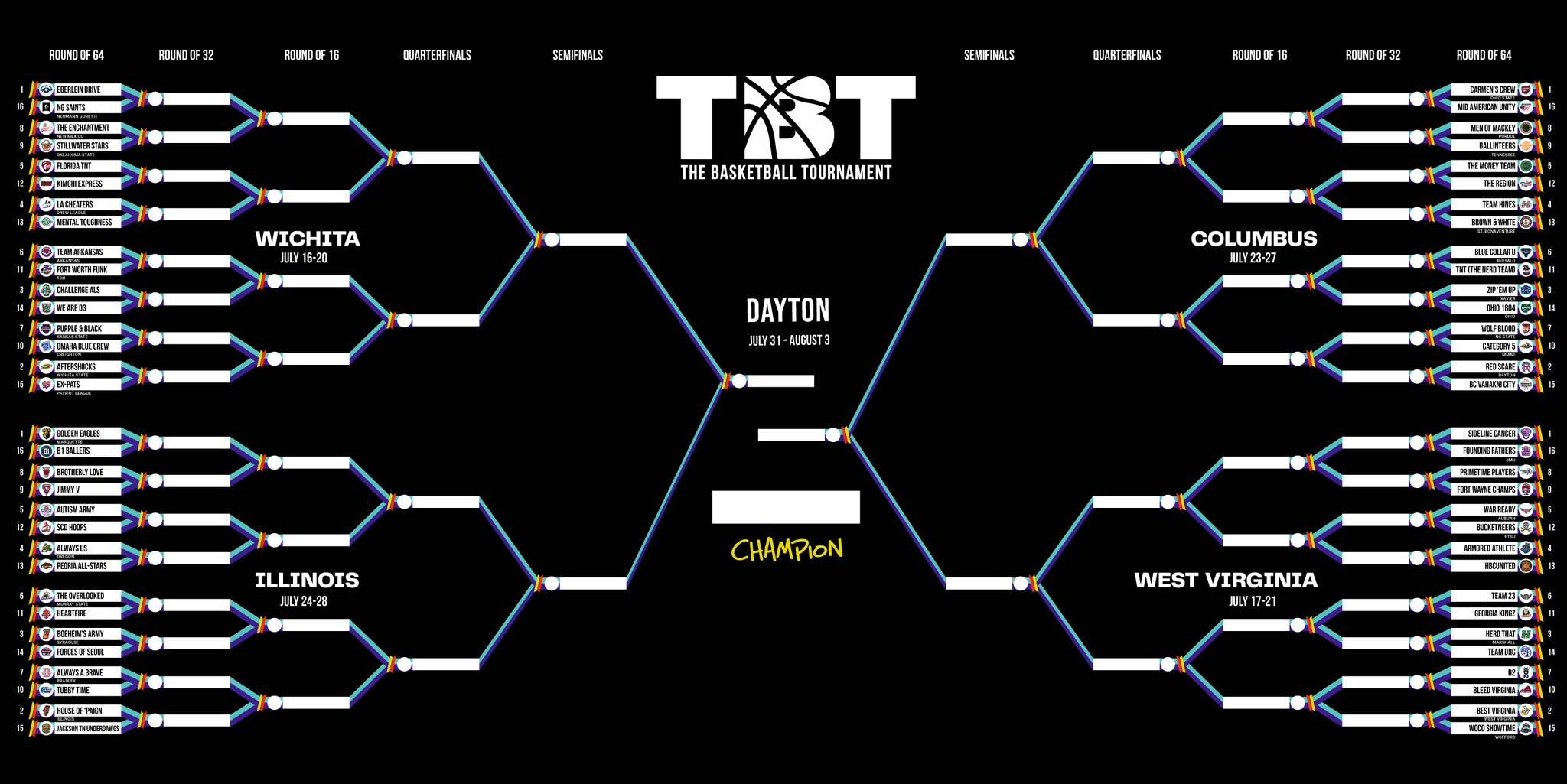